“I have known Benny Golson as one of the most complete musicians of the past decades. He is a composer with an unusually brilliant melodic sense.” – Nat Hentoff, Author/Columnist, The New York Times

From Bebop to Big Band, Funk to Monk, this comprehensive Arkadia Records album showcases The Many Moods of Benny Golson. Whether playing his original tunes or interpreting standards from Duke Ellington or John Coltrane, saxophonist/composer and NEA Jazz Master Benny Golson illustrates the diverse genius that has made him one of the most influential artists in modern music and an unquestionable giant of Jazz. The album also features performances by Branford Marsalis, Art Farmer, Monty Alexander, Curtis Fuller, Marvin “Smitty” Smith, Nat Adderley, Mulgrew Miller, and many more.

“In my experience of some thirty years of writing about and recording musicians, BENNY GOLSON stands out as a man whose musical skills and capacities are extraordinarily wide-ranging. He is consistently resourceful in terms of creativity, as well as being a thorough professional. His conscientiousness, the high standards he always sets for himself, and his total reliability are qualities that account for the prominence he has attained – along with, of course, his prodigious musicianship as a composer, arranger and performer. Benny Golson continually impresses me with the freshness of his musical conceptions. But I am never surprised that they always work exactly as he says they will, because they always do.” – John S Wilson, Jazz Critic, The New York Times

Philadelphia native Benny Golson (whose performance on this CD with Branford Marsalis was nominated for a Grammy award) is every bit as famous for his compositional brilliance as the sound of his tenor saxophone; and this release from Benny aptly showcases both. This Arkadia Records release, Benny Golson: The Many Moods of Benny Golson, showcases the musical vision, virtuosic playing, and triumphant leadership that have made Golson one of the preeminent personalities in the Music world.

Few jazz musicians can claim to be true innovators and even fewer can boast of a performing and recording career that literally redefines the term “Jazz.” A prodigious writer, Golson has written well over 300 compositions. Benny Golson has made major contributions to the world of music with such jazz standards as:

“Killer Joe”, “I Remember Clifford”, “Along Came Betty”, “Stablemates”, “Whisper Not”, “Blues March”, “Five Spot After Dark”, and “Are you Real” 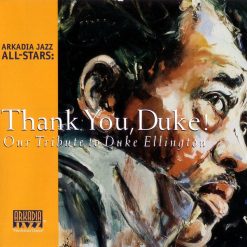