“An excellent piece of work; Lahm’s work on the piano throughout is masterful.” -Ear Polution

David Lahm’s first album of Mitchell compositions featured a revolving cast of players and was praised in Jazz Times as being both “reverent and adventurous”. This time around, Lahm has assembled a core rhythm section of bassist Ratso Harris and drummer Ron Vincent (who appeared on the first volume) to propel front line saxophonists Vincent Herring and Roger Rosenberg and all-star trumpeter Randy Brecker. Although the instrumentation is more consistent than on volume one, the album is no less diverse in its approaches to Mitchell’s evocative Folk-Rock songs, as well as several Lahm original compositions which shine through in this vibrant and striking session. 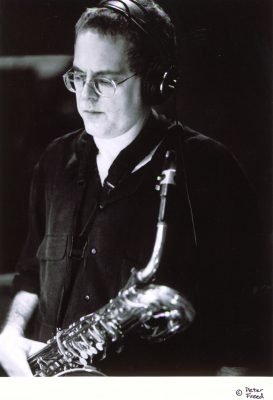 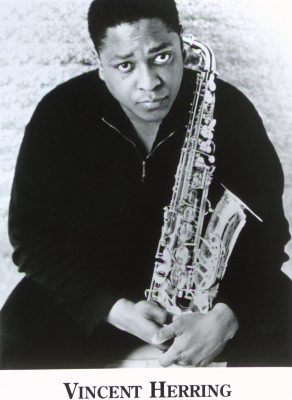 David Lahm’s rich harmonic imagination and rhythmic incisiveness, along with his genre-crossing insights into Mitchell’s music yield this rich and varied album, “More Jazz Takes on Joni Mitchell”. Lahm’s own compositions represent mainstream Jazz at its best, with strong melodies and chord changes, and inventive arrangements that provide creative challenges for the soloists, but with this 2nd volume, and taking inspiration from Mitchell’s musical prowess, he displays his own ability to renew and reinterpret the conventions of mainstream Jazz.

It sometimes seems that there are three David Lahms. One is an extremely original and talented jazz pianist; another is a composer of great versatility and imagination; and yet another is an outstanding accompanist of jazz and cabaret vocalists. But of course, that’s not true, all three are rolled into one uniquely talented individual. Lahm brings together all his varied experiences on his new Arkadia Records release, Jazz Takes on Joni Mitchell, which includes some of the first authentic jazz interpretations of songs by a musician Lahm describes as “(arguably) the best and most original post-Tin Pan Alley songwriter we’ve ever heard.” 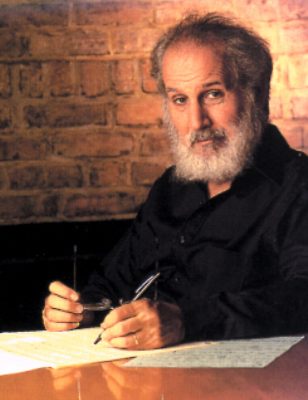 Born in New York City in 1940, Lahm began classical piano lessons at the age of seven, but conceived a passion for jazz (especially Thelonious Monk) as a teenager. “This was okay with my mother,” Lahm says, “lyricist Dorothy Fields.” Fields, who won an Academy Award for “The Way You Look Tonight” and worked on hit Broadway shows such as Annie Get Your Gun, “was not working all the time at this point in her career.” Lahm says, “It’s not as if there was this parade of great musical talent through our home all the time. But I was always encouraged in music, even if my mother didn’t always understand what I was playing or writing.”

As a student at Amherst College in Massachusetts, Lahm took more interest in playing jazz than in his studies. In 1959, he spent three weeks at The School of Jazz in Lenox, Massachusetts, where the faculty included Bill Evans, Max Roach, and George Russell. “I wasn’t a good enough pianist to get much from my lesson with Bill Evans,” Lahm remembers, “but I really took to the ideas of George Russell.” Lahm took the next year off from school to go study with Russell. In 1961, Russell recorded his student’s tune “Lambskins” on his Riverside album, “Stratusphunk”.

After college, Lahm moved to Indianapolis where he worked for Dave Baker and Jamey Aebersold, and continued to compose and perform. In 1968, after a three-month State Department tour of the Middle East and South Asia with a combo from Indiana University, Lahm returned to New York where he took a day job with ASCAP, monitoring broadcast tapes to ensure proper credit for royalties. In October, Lahm recalls, “I got a phone call asking me to go to work for the Buddy Rich Orchestra. I quit my job that morning and went to work that night. It was a good time to be with Buddy. He was enthusiastic, really happy with the band, and we worked a lot.”

Lahm quit the band in 1970 and returned to New York, where he gigged around the city as a jazz pianist with musicians such as trumpeter Ted Curson, alto saxophonist Richie Cole, and singer Janet Lawson. He also toured Europe twice with guitarist Atilla Zoller, a fellow student at Lenox in 1959. Throughout this period, Lahm was also composing, and by the mid-’70s, he decided to de-emphasize his freelance piano playing and concentrate on composing. “I think there are plenty of better piano players than me,” Lahm says with characteristic self-deference. “I just wasn’t getting a lot of call backs as a pianist, and I was finding more satisfaction in writing. I also started writing words to bebop tunes, perhaps it’s something genetic from my mother.”

There followed a period of “much rehearsing, few gigs,” during which Lahm wrote many of the original pieces that would eventually appear on his albums as a leader, including the 1982 Palo Alto release Real Jazz for the Folks Who Feel Jazz and the 1985 Plug release, The Highest Standards. In 1979, Michael Moriarty hired Lahm as the musical director of his cabaret act and Lahm began working more and more on the cabaret scene. Later that year, he worked with Sylvia Syms. He also met Judy Kreston, the cabaret singer with whom he would record “Here in Love Lies the Answer” in 1982, and “Live at Jan Wallman’s” in 1985, and whom he would eventually marry in 1990.

In 1985, he recorded “Be Somebody”, the CD whose title work, over half an hour long, is dedicated to his mentor, George Russell. But several of the musicians who’d played key roles on Be Somebody and earlier recordings moved out of New York in the late eighties: trumpeter John D’Earth, vibist David Friedman, drummer Bob Moses. “I formed a couple of other smaller bands, but I rarely had a horn section on a gig after that.” says Lahm.

The recording sessions that resulted in Lahm’s Arkadia Records debut, “Jazz Takes on Joni Mitchell” took place over several years, beginning in 1993. “It’s funny,” Lahm says, “I’m not attracted to any other singer-songwriter of her generation, not Jackson Browne or Billy Joel or any of those people. There is something about her sophisticated harmonies, and of course, her musical persona, that confessional aspect of her songs, that I really like. And I think it’s important to pay attention to the sound of each tune. That’s true of all my writing and arranging, whether it’s jazz or cabaret, I’m always trying to make each tune sound different, unique.”

“Jazz Takes On Joni Mitchell” offered Lahm new opportunities: “It was as if I was a filmmaker directing actors.” His priority was to illustrate that Joni Mitchell had – unwittingly perhaps – created jazz compositions. To get this across, the musicians had to emphasize certain styles of jazz, to play roles. “The game was to micro-manage their improvs closely enough to get me the stylistic clarity I wanted, but not to short-circuit their desire to create by hovering too oppressively.” Those who’ve listened to the CD testify to how well Lahm has succeeded.

Lahm and Arkadia are planning more releases. “I’m looking forward to the next Arkadia project, where some of my recent works will get recorded. And it’ll have a few more Joni Mitchell jazz takes; I’m going to really have fun with them.” That effort resulted in the well-received second recording with Arkadia, “More Jazz Takes on Joni Mitchell”.