Dance to the rhythms, sway to the melodies and meet Tito Puente, Memo Acevedo and other celebrated personalities of the Latin music scene in this scintillating CD, entitled “Latin Nights: Original Soundtrack”, a companion to the acclaimed performance documentary film and DVD. 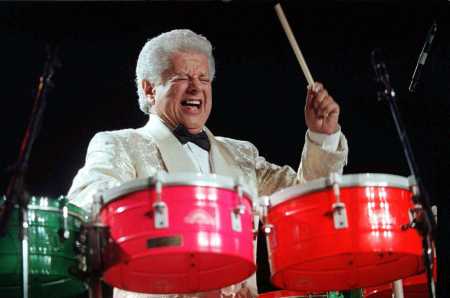 The award-winning film Latin Nights took you into the nightclubs, coffee houses and concert halls to show the powerful rhythms and the cool, seductive melodies of the music. But where the film documented their tireless effort to pursue their music while maintaining their native cultures abroad, this original audio Soundtrack showcases the results with a spectacular collection of full-length Latin performances. Salsa, Cumbia, Merengue, Jazz, Brazilian Jazz, Samba, Tango, Canto Nuevo, and indigenous Folk music (from the depths of the Andean mountains) all shine brightly in this extraordinary album that covers the vast spectrum of Latin American music.

Whether listening to Latin American icons such as Tito Puente or the family collective of Fantasia, this CD, “Latin Nights: Original Soundtrack”, offers a magnificent array of talent and celebrates the rich musical tradition and culture of Latin musicians. We hear the musical results of their enduring efforts and exuberant talents in this series of eleven full-length performances.

This is the Soundtrack of the highly acclaimed film documentary, directed by Anthony Azzopardi, entitled Latin Nights, available on the Arkadia DVD label.