“5 Stars!… a marvelous rendition of a five-piece work by Liebman’s ensemble…stands out because of the powerful playing of Liebman and company.” – Bob Karlovits, Pittsburg Tribune-Herald 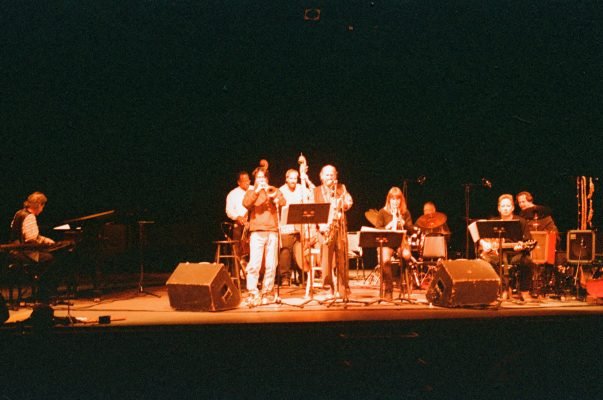 “…profoundly moving… an exhilarating, chance taking, yet wholly idiomatic realization of this masterpiece… From it’s soul stirring levels of grandeur, to the solemn peace of its final seconds, performances like these are why music is worth revisiting.” – Jazziz Magazine

Featuring esteemed Jazz musicians such as Tiger Okoshi, Vic Juris, Phil Markowitz, Tony Marino, Billy Hart, and Cecil McBee, among others, the albums real appeal is hearing the genius of Liebman, who was voted the top soprano saxophonist by Down Beat Magazine. Liebman, like Coltrane, found prominence as a player for Miles Davis. 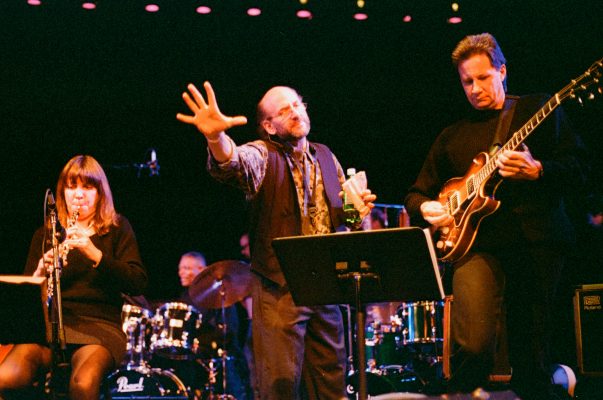 “Liebman’s lifelong fascination with the music of John Coltrane has resulted in one of his most powerful albums yet, a new rendition of Coltrane’s “Meditations”. Coltrane’s magnificent composition spans a wide range of human emotion and spirituality from the ecstatic, speaking-in-tongues invocation of the Christian Trinity, to the otherworldly tranquility of the final movement, “Serenity”. Liebman’s own arrangement of the suite brings an added spiritual and musical dimension to the original. Liebman has rarely sounded as inspired on record, displaying a spiritual longing and restless energy worthy of the suite’s composer. This album will surely be remembered as one of Liebman’s best.” – Joe Middleton, Stereo Type

On this original and creatively impressive recording, entitled David Liebman: John Coltrane’s Meditations and recorded at a live concert at New York’s Symphony Space, Liebman not only recreates John Coltrane’s groundbreaking masterpiece, but re-envisions the album, breathing new life into the masterpiece and staking his claim as one of the most imaginative musicians of his Generation; and in doing so bestows his continual inventiveness and fresh legacy on the world of Jazz.

“Liebman’s intimacy with this music allows for an exhilarating, chance-taking, yet wholly idiomatic realization of this masterpiece. Tiger Okoshi is a powerful presence on trumpet, reminiscent of how great Freddie Hubbard was on Coltrane’s Ascension; Caris Visentin plays several inspiring oboe solos; Cecil McBee is simply astonishing in his subtlety and understanding of the music. Along with Billy Hart, they augment Liebman’s regular group, rounded out by Tony Marino on fervent, muscular bass, and Vic Juris, who plays a mammoth guitar solo on “Consequences”. From its soul-searching levels of grandeur, to the solemn peace of its final seconds, performances like these are why this music is worth revisiting.” – Larry Nai, JAZZIZ

“…what frightens others is a challenge that Dave Liebman accepts with this CD…interpreting the music from Trane’s 1965 experiment “Meditations”. Very much a risk-taker, Liebman is someone who has often been willing to jump into a variety of challenging situations… this time he comes out on top. Liebman remains faithful to the spirit of this “outside” music but lets his own charm work its magic. This spiritual effort reveals more and more of its power and richness with each listen.“- Alex Henderson, L.A. Jazz Scene

“Is it necessary to rerecord a classic? Only if you put your own stamp on it – as saxophonist Liebman does…his passionate tenor playing…reminds us of his closer-than-most link to Coltrane’s legacy. Dual drummers Billy Hart and Jamey Haddad ignite a firestorm on “Consequences”.” – Art Lange, Pulse Magazine

David Liebman, long among the most fervent and effective of Trane’s musical offspring, brings all the right ingredients together in this performance. The leader’s tenor sax is vibrant throughout, an emotional anchor for the group as it works its inspiring way through this ever “of the moment” piece of history.” – Bill Bennett, JazzTimes

“…a superb tribute to ‘Trane from one of his musical legatees, saxophonist David Liebman. The live recording of the bramble-thick, intense, and mystical Meditations gives it a new life. Liebman and his A-team of jazz musicians exult in its power and play their souls out.” – Jared Rutter, Players

“…a reinvestigation of Coltrane’s earth-shattering 1965 “Meditations” suite. The music…to the ill-prepared to accept its fearsome profundity, is brought closer to the layman on Liebman’s sensitive Arkadia remake. Uncommon tenacity and discipline pervade Liebman’s persona, plus a soupcon of Brooklyn machismo; but at root is a man with a big heart seeking the answers to deeper questions through music.” – John MacCalkies, Chicago’s Newcity

“Liebman and his associates really get inside the music and become part of it. Liebman’s recording of the Coltrane work allows the music to be reborn and live anew, yet sound as audacious and spiritual as originally conceived. Meditations might shock you. But for those with a sense of adventure, this recording is the perfect antidote for the bland pabulum that passes for new music these days. It stays in the mind long after the music stops. For me, that is the benchmark of great art. It lingers and can be recalled.” – Bret Primack, Jazz Track- jazzcentralstation

“…those who may value what Coltrane has contributed to music’s vocabulary may content themselves with superior performances such as this one of his prominent works.” – Jack Bowers, www.allaboutjazz.com