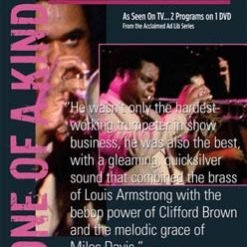 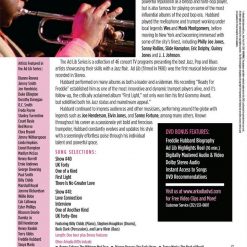 “He wasn’t only the hardest-working trumpeter in show business, he was also the best, with a gleaming, quicksilver sound that combined the brass of Louis Armstrong with the bebop power of Clifford Brown and the melodic grace of Miles Davis.” – San Francisco Chronicle

Legendary trumpet player and Jazz icon Freddie Hubbard (1938–2008) is immortalized in this timeless Arkadia DVD entitled, “Freddie Hubbard: One of a Kind”. He will always be remembered as a powerful, hard playing purveyor of Bebop and Hard-Bop. Hubbard is also famous for performing on some of the most influential albums of the post Bop era. 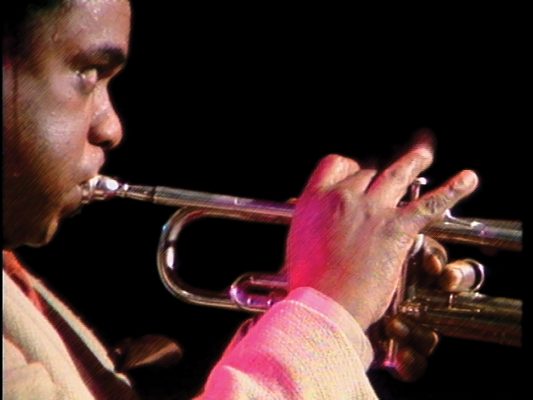 Hubbard played the mellophone and trumpet working under local legends Wes and Monk Montgomery, before moving to New York and becoming immersed with some of the city’s finest Jazz musicians, including Philly Joe Jones, Sonny Rollins, Slide Hampton, Eric Dolphy, J. J. Johnson, and Quincy Jones. His recording “Ready For Freddie” solidified him as one of the most innovative and underrated Jazz trumpet players alive, and it’s follow-up, the critically acclaimed album “First Light”, not only won him his first Grammy Award, cementing not only his jazz status but also his mainstream appeal.

As Seen on TV, this special Ad Lib Series DVD, “Freddie Hubbard: One of a Kind”, captures one of the 20th Century’s greatest Jazzmen, impressing everyone who heard him blow his horn. Freddie Hubbard, known throughout his career as a passionate yet bold and ferocious trumpeter, constantly adapted his playing style with a seemingly effortless poise, creating an individual style with powerful grace.