“…the lustiest, most exciting, hard-swinging and virtuosic pianist in the world. …one of the most brilliant pianists, male or female, that jazz has ever known.” – John Wilson, New York Times

This Arkadia DVD, “Dorothy Donegan: Pandemonium” from the Ad Lib Series, features Jazz pianist Dorothy Donegan, who is primarily recognized for playing the boogie-woogie style of Jazz, as well as being the protégé of, and successor to, Art Tatum.

Known as a Jazz pianist, her classical background and eclectic musical taste helped create an impressive and flamboyant live act that had the ability to engross any audience. Honed in Chicago’s vibrant music scene, her act consisted of her splendid blend of Jazz styles infused with Pop, Classical, Ragtime, Gospel, and Vaudeville, among numerous other genres. Her irresistible charm, vicious sense of humor, spunky attitude, and daring musical prowess all played a role in her individual persona and career.

“If Dorothy Donegan is not the greatest shown on earth, she is very, very close!” – New York Newsday

The Ad Lib Series, now available on DVD for the first time, is a collection of 46 concert TV programs presenting the best Jazz, Pop and Blues artists showcasing their skills in the Jazz and Blues arena. Seen on TV internationally, Ad Lib (filmed in 1980) was the first musical television series recorded in Stereo. Each DVD features 2 episodes of the acclaimed Ad Lib Series.

“…showed a technical virtuosity that could be compared only to that of Art Tatum and a swinging drive that might be equaled by Mary Lou Williams… She is potentially the greatest jazz pianist playing today.” – John Wilson, New York Times

Jazz pianist Dorothy Donegan has played and recorded alongside a Who’s Who of Jazz greats such as Cab Calloway, Lionel Hampton, and Dizzy Gillespie. Donegan was also an inductee into the American Jazz Masters Hall of Fame, a distinction bestowed by the National Endowment for the Arts. Since Donegan’s death in 1988, when knowledgeable critics look back at  her storied career in music, they are left in awe of both her charming personality and her musical virtuosity. Also featuring Jazz vocalist Spank Wilson and trombonist Buster Cooper, “Dorothy Donegan: Pandemonium”, is a wonderful showcase of the beautiful sounds that emanated from one of the world’s truly original Jazz piano maestros. 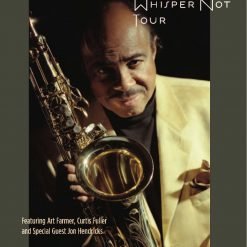 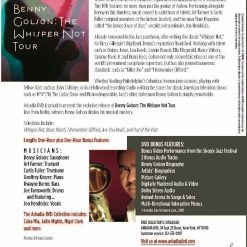