Arkadia Records is a Grammy Nominated Record Label that features award-winning music, legendary jazz, and some of the world’s most renowned musicians. 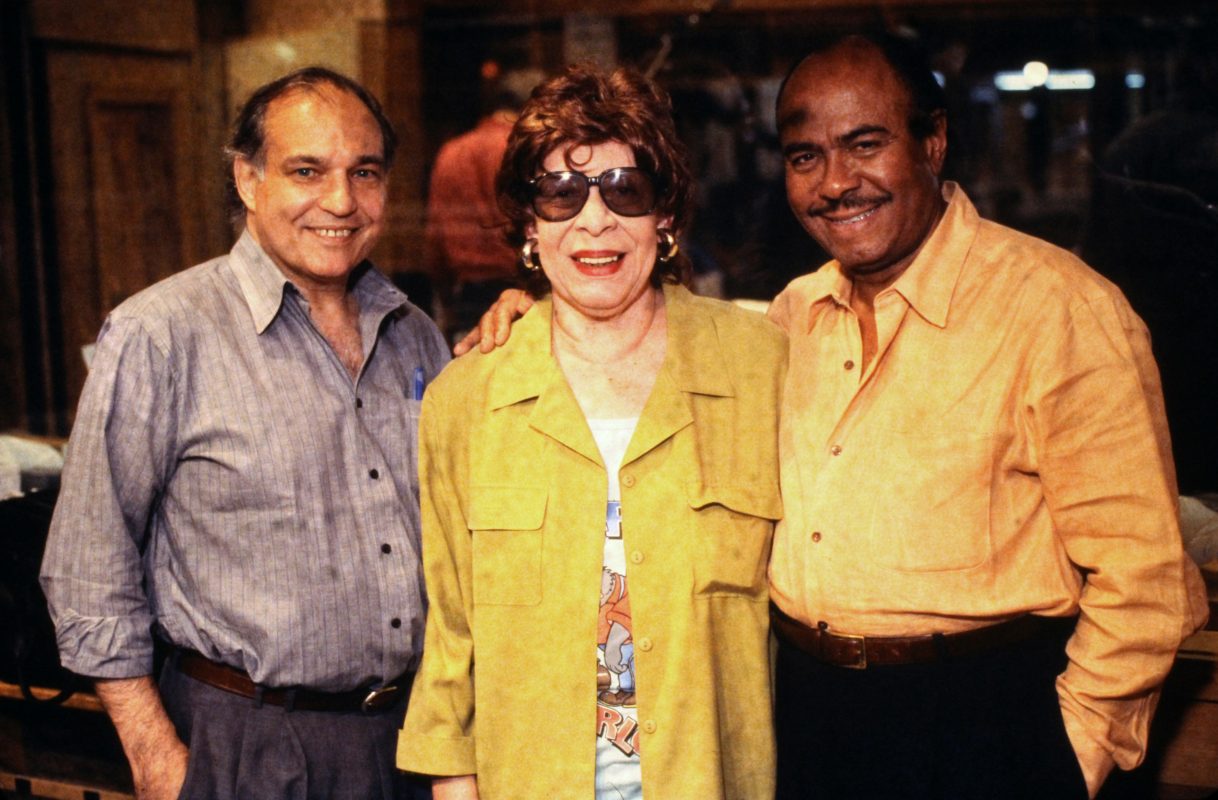 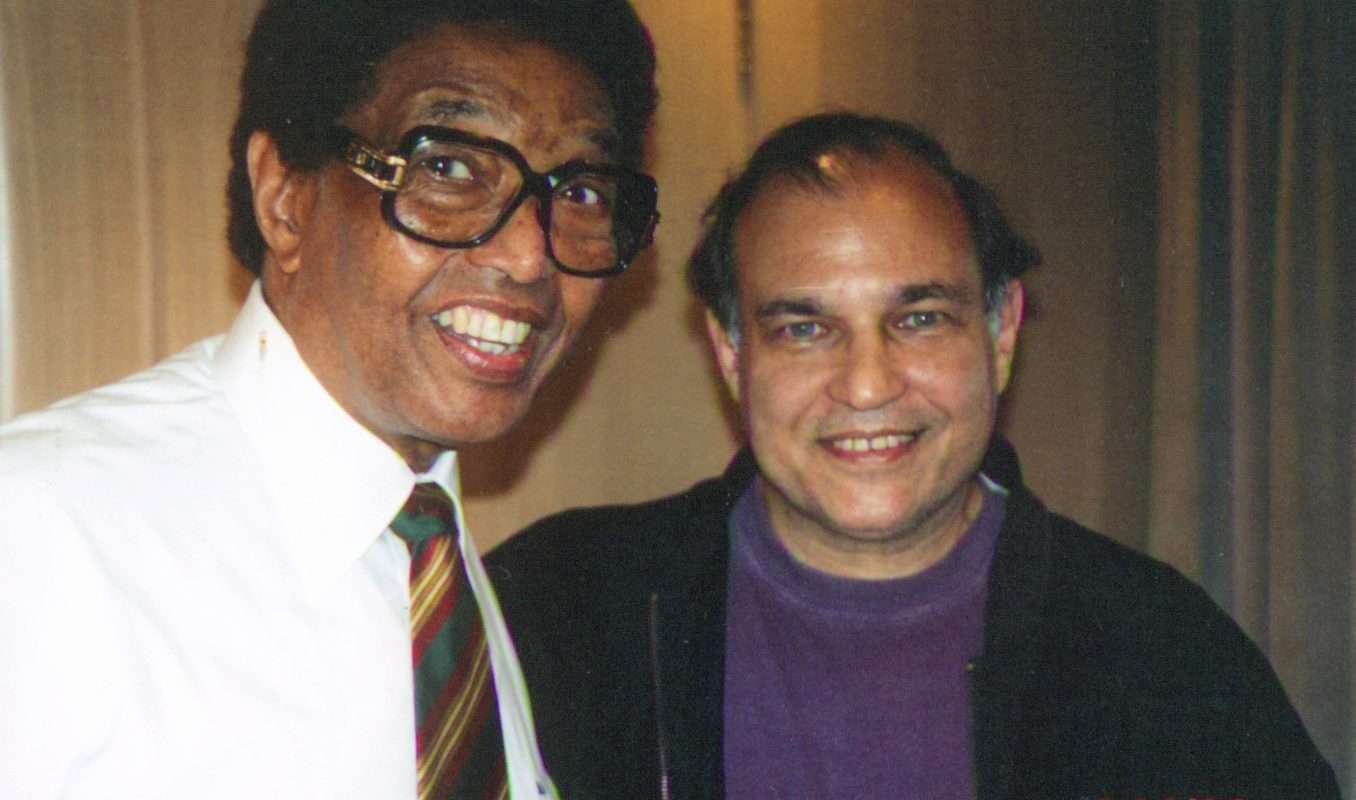 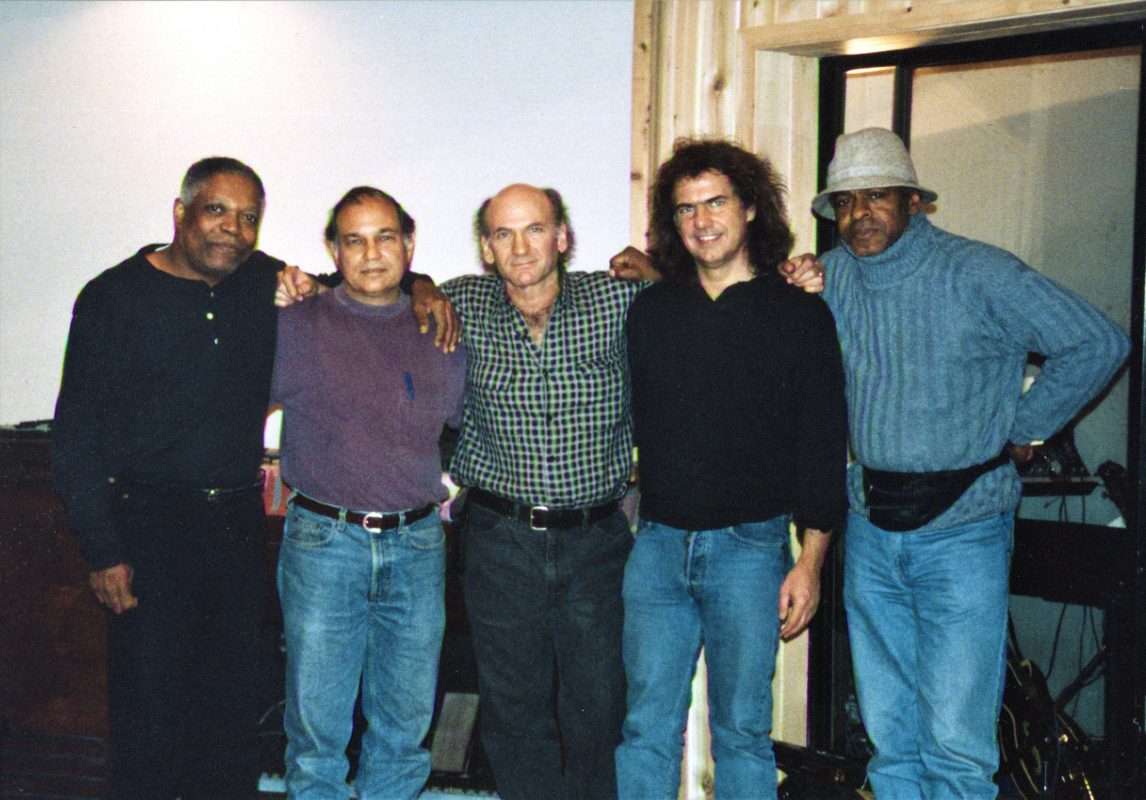 As Arkadia celebrates its history,  it also eagerly anticipates its future.

Arkadia Records was founded in 1995 by Bob Karcy, a lifelong music lover, musician and entrepreneur, when he realized that some of the most esteemed artists in jazz—all among his favorites—had recorded frequently, but without long-term label relationships. Karcy decided to offer those musical nomads a home.

The first release on the Arkadia Jazz imprint, pianist Billy Taylor’s The Music Keeps Us Young, appeared in spring 1997. Thus, in an important sense, 2022 represents the label’s real 25th anniversary.

From its inception, it was Arkadia Records’s mission to offer music from across the genre’s full gamut. Earliest signees ranged from the straight-ahead likes of Billy Taylor and Benny Golson to the idiosyncratic stylists Joanne Brackeen and Dave Liebman. Arkadia Records also welcomes lesser known but superlative talents in any style, including alto saxophonist T.K. Blue, pianists David Lahm and Uli Lenz, guitarist Nigel Clark as well as Brazilian bands Nova Bossa Nova and Pe De Boi. Its releases quickly received critical recognition for their high artistry, including four Grammy Award nominations in addition to numerous other accolades and awards. Arkadia Records most recent signing at the end of 2022 is outstanding vocalist JD Walter.

The label’s early success—coupled with Karcy’s eclectic tastes—soon allowed it to expand and broaden. Arkadia Jazz was quickly followed by Arkadia Chansons: an imprint created to house an important catalog of classic French popular music (including historic recordings by Edith Piaf, Charles Trenet, and Josephine Baker, Maurice Chevalier among others).

In 1998, Karcy brought together many of the label’s artists, together with renowned special guests, to form the Arkadia Jazz All-Stars. Arkadia’s new signature house recording group made a number of highly acclaimed recordings, including the Thank You series of tributes to John Coltrane, Duke Ellington, Joe Henderson, and Gerry Mulligan.

Arkadia Records flourished into the 21st century, producing new recordings by saxophonist TK Blue, guitarist Nigel Clark, and pianists Uli Lenz and Paul Tobey as well as additional albums by Brackeen, Golson, Liebman, and Taylor. The label experienced a lull in new activity during the 2010s, a time of enormous transformation for the recording industry.

In 2021, however, Arkadia marked the dawn of a new decade with its own digital renaissance, releasing its complete catalogue on Spotify, Apple Music, Tidal,, Deezer and all other streaming platforms. Moreover, 2022 saw see the release of several previously unissued recordings from the label’s archive (including sessions by Joanne Brackeen, TK Blue, and the Arkadia Jazz All-Stars, among others), as well as Arkadia’s first new album in years, Meet Tetel, the debut by an exciting new talent, singer-songwriter and violinist, Brazil’s Tetel Di Babuya. This is being followed with a new album by Arkadia Records newest signing, esteemed vocalist JD Walter, titled JD Walter: What the World Needs Now. 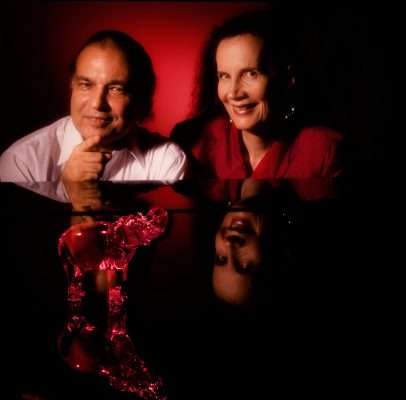 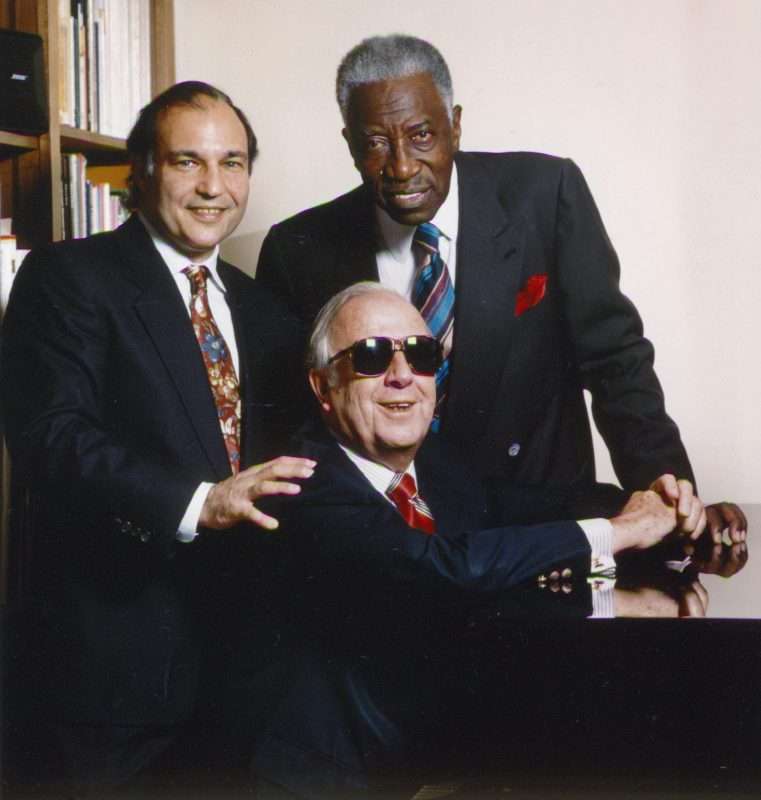 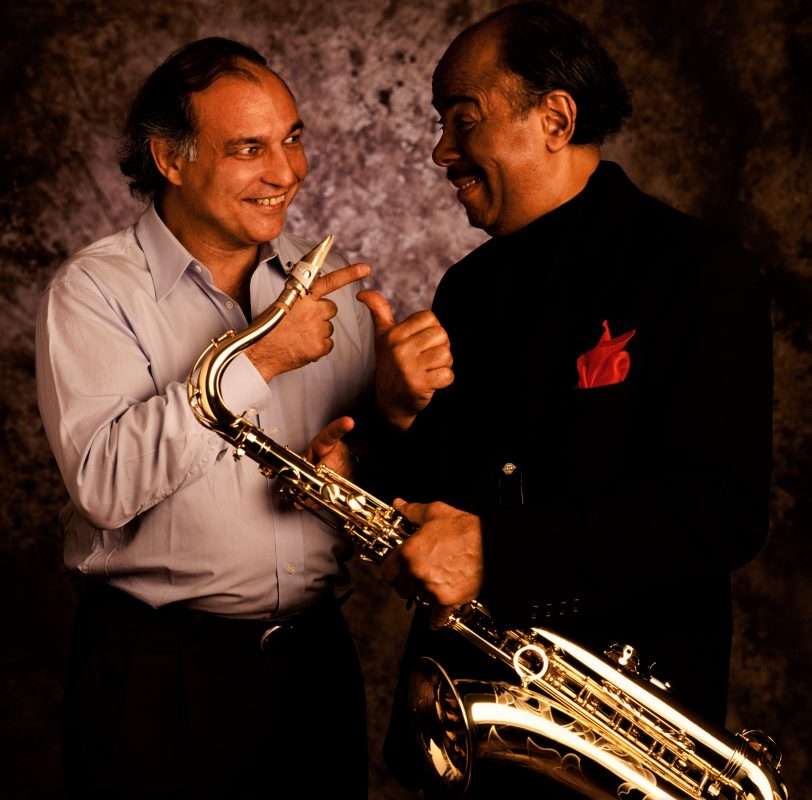 Born in England and raised in Brazil and the U.S., Arkadia founder and CEO Bob Karcy’s love affair with jazz began when he picked up the trumpet in boyhood. Growing up, he played in jazz bands and studied at the University of Pennsylvania and NYU, followed by Paris’s Sorbonne and the Paris Music Conservatory. During his years living in France, Bob recorded some pop-jazz albums for Polydor, and toured widely as a vocalist and trumpet player throughout Europe and the Middle East.

Back in the United States, Bob established himself as a manager (for vocalist Phoebe Snow among others) and as an independent music producer, before returning to Europe to work as an international licensing agent, representing various European television networks, focusing on their deep catalog of musical and cultural programming. With the rise of the home video market in the early 1980s, Bob founded New York-based V.I.E.W. Video: a pioneer in cultural video music and documentary production, publishing and distribution, making music and performing arts programs widely collectible, long before the industry’s major players bought into that segment of the marketplace. 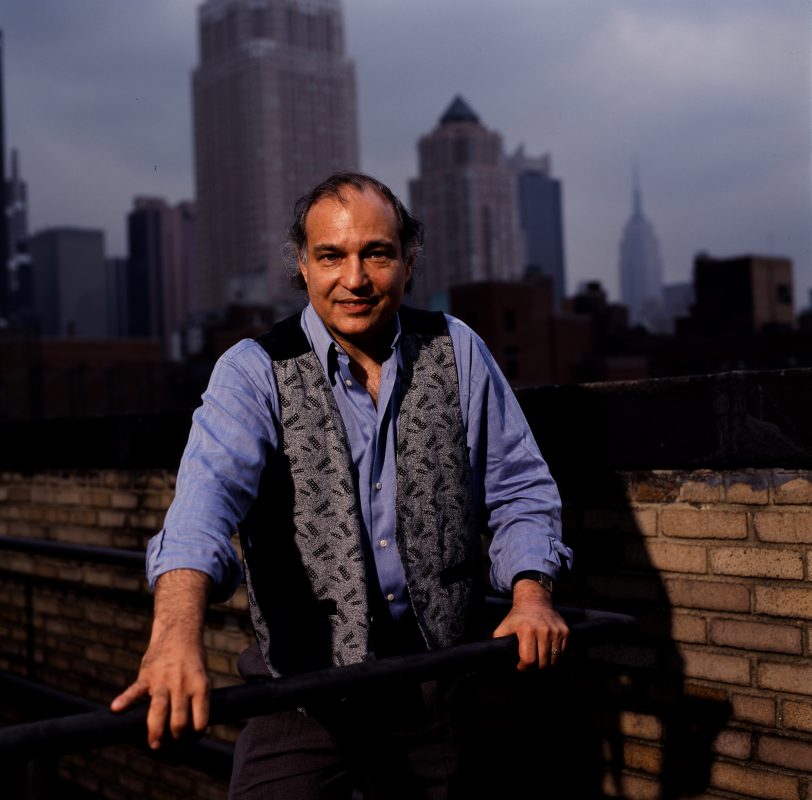 By the 1990s, with jazz the fastest-growing side of VIEW’s catalogue (and the Company having produced a number jazz concert programs of its own), Bob decided to return to the music business proper. He founded Arkadia Records, cultivated long-term relationships with some of the jazz’s finest artists and produced most of the label’s new releases, which went on to receive four Grammy Award nominations. The Arkadia name was inspired by Bob’s initials, RK—and by the ancient Greek land of Arcadia, a secluded idyll of peace, beauty and contemplation.

As Arkadia’s CEO and primary producer, Bob maintains an old-school approach towards releasing music: He lets his taste and instincts lead the way. Bob stated, “I’m old enough to know that my intuition has a strong record of success.” Whether the music comes from stalwarts or newcomers in whom he hears promise and fresh ideas, Bob works with the music that appeals to him. For more than a quarter century, his only requirement has been that the names on the Arkadia roster “make strong and important artistic statements.” Bob is proud and honored to remain a crucial conduit for disseminating those statements to the wider world. 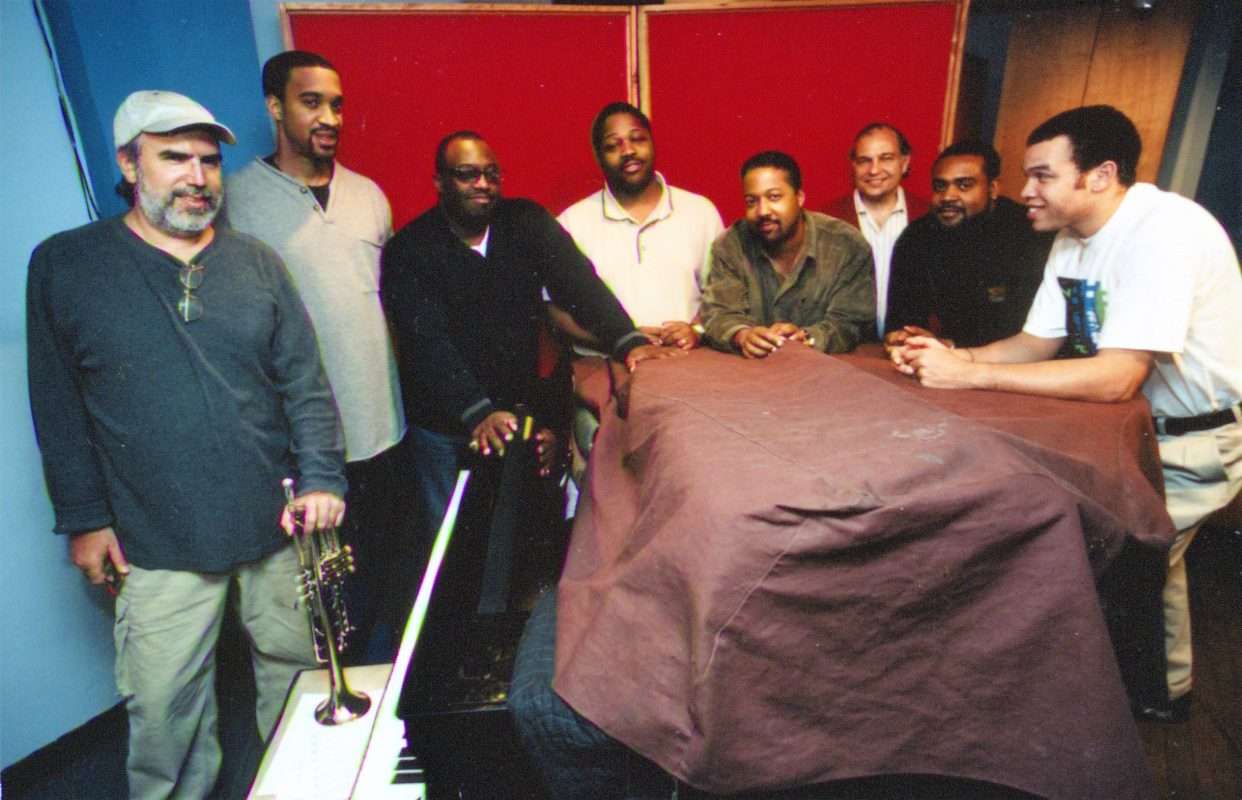 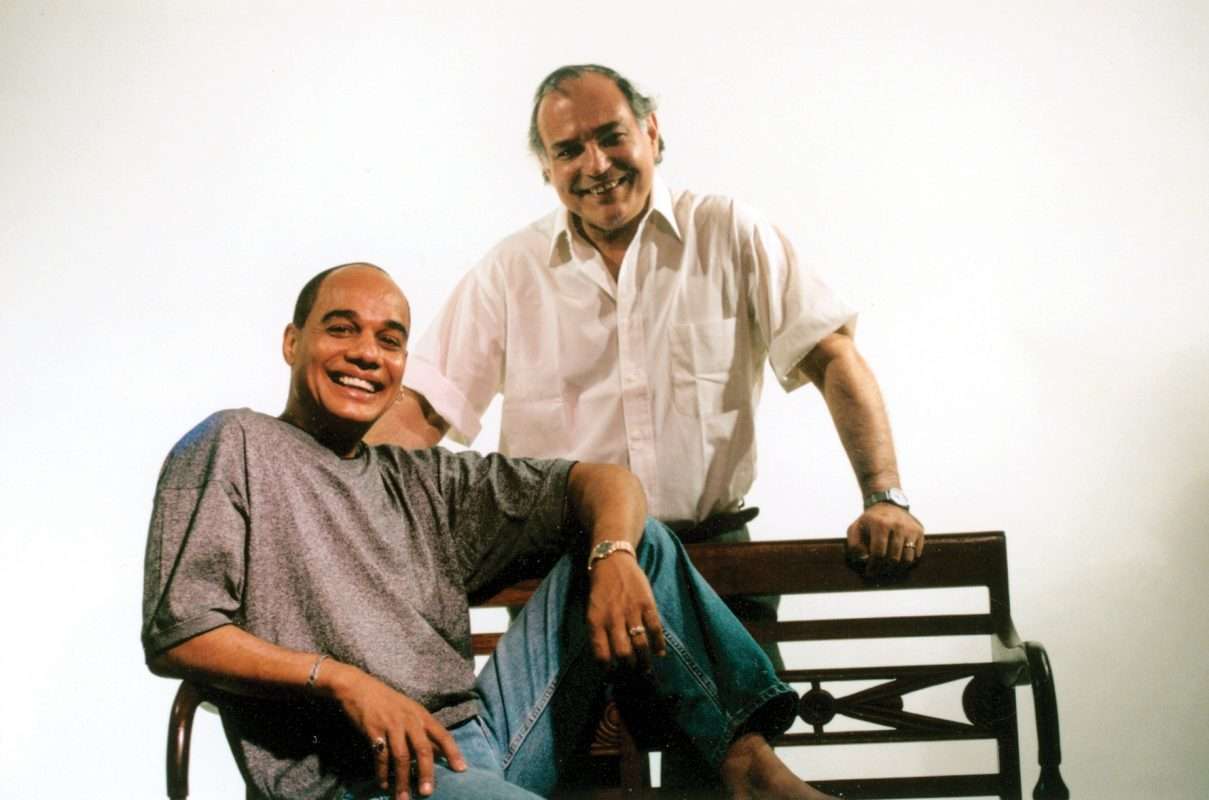 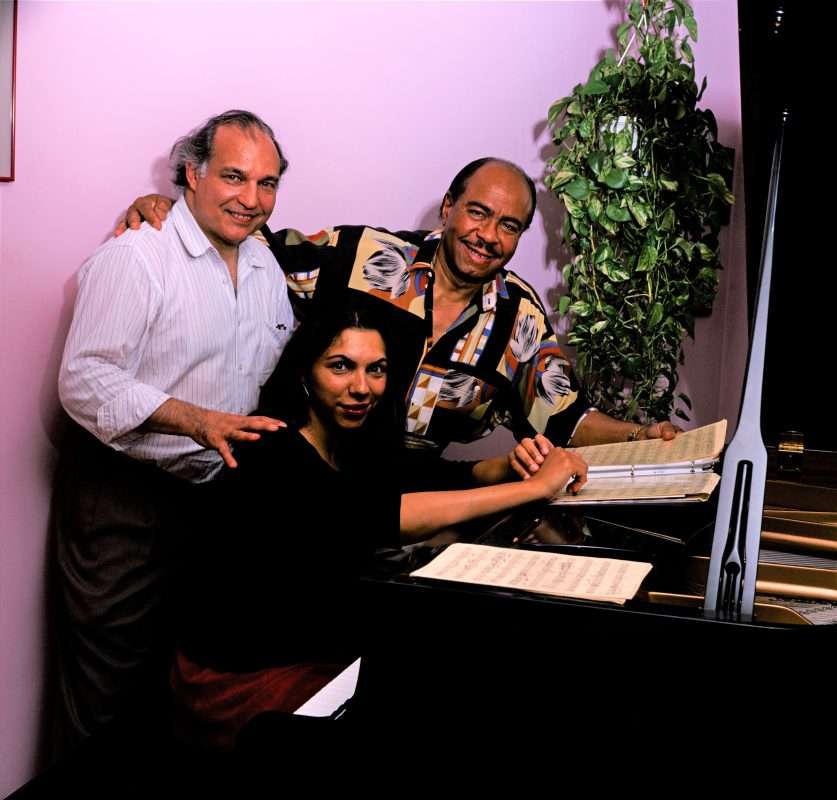 Here’s what some of the critics have said about Arkadia Jazz:

Arkadia Jazz, one of the hippest and most uncompromising labels on today’s scene.

Some 15 years ago…Bob Karcy started V.I.E.W. Video, a cutting edge company that brought prerecorded video culture into the homes of thousands. Now Arkadia Jazz…(Karcy’s) fledgling label is off and running without a hitch. – David Zych, JazzTimes

Record labels often have been able to make a name for themselves in the way they treat jazz. Now, Bob Karcy wants his Arkadia Jazz to become a place where jazz musicians can produce recordings that make use of current advances in visual and audio technology. He also wants the products to be part of a marketing strategy that sometimes is lacking in the jazz business. Perhaps the best thing about his effort, though, is his taste in musicians.

With spring training in baseball and new labels in jazz, hope springs eternal. Arkadia is a brand new name on the street, and on the evidence of (Billy Taylor’s) Music Keeps Us Young, it could become an impact player. The presentation is first-class, with a four-color fold-out insert full of photos and documentation including insightful liner notes by Ira Gitler.

One of the most exciting developments in jazz has been the recent cropping-up of new labels. A new Gotham-based outfit dubbed Arkadia Records is leading the pack with three powerful sessions featuring jazz masters. Producers at Arkadia have done their homework with first-rate mixing, clever graphics and thoughtful liner note segments In addition they have cleverly paired veteran stars with talented new faces, a practice that should help them sign quality musicians for their future productions. – Nick Catalano, Chelsea Clinton News

Music is a Journey.

Jazz is getting lost.

Jazz….nothing else will ever so perfectly capture the democratic process. Jazz means working things out musically with other people. You have to listen to other musicians and play with them even if you don’t agree with what they’re playing. It teaches you the very opposite of racism and anti-Semitism. It teaches you that the world is big enough to accommodate us all.  –  Wynton Marsalis