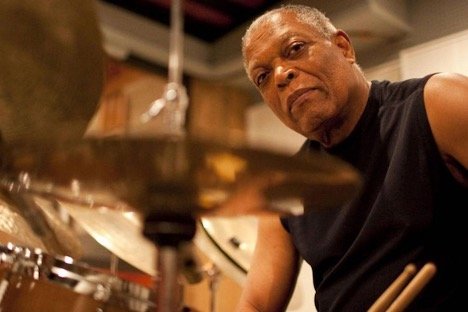 The NEA Jazz Masters Fellowship is the highest honor that our nation bestows on jazz artists. Each year since 1982, the program has elevated to its ranks a select number of living legends who have made exceptional contributions to the advancement of jazz.

The National Endowment for the Arts will celebrate the 40th anniversary of the NEA Jazz Masters Fellowships with the 2022 NEA Jazz Masters Tribute Concert, taking place on Thursday, March 31, 2022

The 2022 NEA Jazz Masters are bassist Stanley Clarke, drummer Billy Hart and vocalist Cassandra Wilson. In addition to receiving a $25,000 award, the recipients will be honored at a special concert held in collaboration with and produced by SFJAZZ on March 21 at the SFJAZZ Center in San Francisco, California.

We are proud that Billy Hart has recorded several highly acclaimed albums for Arkadia Records, including Dave Liebman: John Coltrane’s Meditations, set for release on August 20, 2021 and Dave Liebman: The Elements – Water featuring Pat Metheny. The single, Heaven’s Gift can be heard here.

Stanley Clarke is one of the most influential bass players in modern jazz history. In addition to his acclaimed solo career, Clarke is fondly known as a founding member of one of the most popular jazz fusion bands of all time, Return to Forever. In 2001, he founded the Stanley Clarke Foundation, a charitable organization that awards scholarships to talented young musicians each year.

Billy Hart is one of the most sought-after and versatile jazz drummers of his generation. He’s heard on over 600 recordings by such greats as Miles Davis, Herbie Hancock, Eddie Henderson, Stan Getz, Lee Konitz and many more. He’s also recorded twelve albums of his own as a leader and is a member of the jazz supergroup The Cookers.

Cassandra Wilson‘s body of work has expanded the definition of jazz, and her voice and arrangements have provided definitive versions of several standards in jazz and many other genres. In addition to her own albums as a leader, she has been featured on recording sessions led by other greats and earned critical acclaim for her performance on Wynton Marsalis’ Pulitzer-winning Blood on the Fields jazz oratorio, released in 1997.

Blog Topics
We use cookies on our website to give you the most relevant experience by remembering your preferences and repeat visits. By clicking “Accept”, you consent to the use of ALL the cookies.
Cookie settingsACCEPT
Manage consent